The 2015-2016 HHC Conference Finals came to a close Saturday evening at Floyd Central High School, with four Jeffersonville wrestlers in the finals, nine placing top four, and overall as a team placing fourth, two places ahead of the projected finish of sixth. 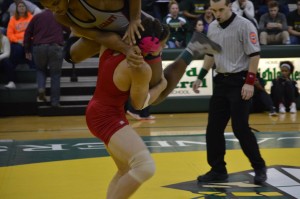 This result, while not the overall team goal of getting first, shows the major improvement throughout the season. The two Jeffersonville wrestlers placing first were 170lb Kameron Fuller and 220lb Nathan Long while the second place finishers were 145lb Josh Cooper and 160lb Donovan Smith.

Photos from the event can be found on the Team Jeff Wrestling Facebook page. 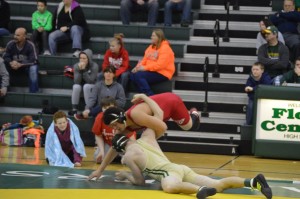